The Tamil National People Front (TNPF) was held a protest campaign yesterday in the North to bring to the attention of the international community what it terms the continuing injustices by the Sri Lankan government to grab lands belonging to Tamil people in the North, especially the detain Tamil civilians and killed Tamil prisoner recently. 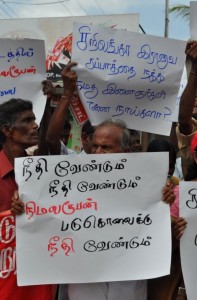 Large number of people including Political Party representatives and human rights activists from the North and the South were participated in the protest campaign organized by the TNPF opposite the Nelliyadi bus station in Vadamarachchi from 11.00a.m. yesterday morning. 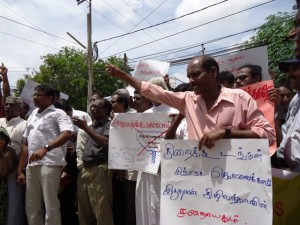 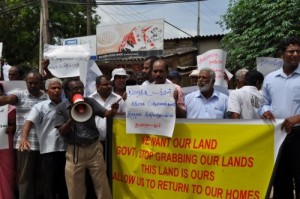