<![CDATA[Two sex scandals have erupted in China this week, underscoring the relationship between philandering and corruption among China's elite â€“ and the growing role of the country's internet users in exposing both. <a href="http://www.eelamenews.com/?attachment_id=106193" rel="attachment wp-att-106193"> 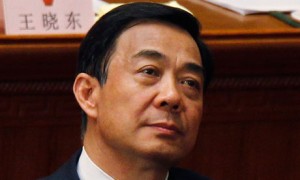 An official in the south-western mega-city Chongqing was sacked on Friday after an investigative reporter leaked video footage of him having sex with a young woman online, according to China’s official newswire Xinhua. On the same day Chinese official media reported another story about scandal-plagued authorities, this one pleading sympathy for the alleged philanderer. Extortionists have sent two letters to an anonymous official this month demanding a total of 500,000 yuan (Â£50,364), according to the state-run Global Times newspaper, or they will spread photos and videos of his trysts on the internet and in the streets around his home. But the photos are obviously fake, the newspaper reported â€“ blurry and “poorly Photoshopped so that the size of the head and body are very disproportionate”, according to an unnamed Beijing official with knowledge of the case. “Officials are increasingly a target of extortion in China,” the article said, adding that Photoshopping sex images is “an increasingly common way of preying on officials”. The prominent sexologist and sociologist Li Yinhe said widespread anger over profligate public servants sprang from a deeply rooted wealth gap in Chinese society. “Normal people who don’t have power or money or authority are surrounded by fewer girls,” she said. “So if you have many girls as your mistresses, people will think you already have a lot but still want more.” Sex and corruption are linked even in China’s most high-profile political fallouts. The disgraced Chongqing party secretary, Bo Xilai, “had or maintained improper sexual relationships with a number of women”, Xinhua said, listing the reasons that he was expelled from the party in September. Liu Zhijun, a former minister of railways who was sacked for alleged corruption last February, was rumoured to have 18 mistresses. The video that brought down the Chongqing official â€“ Lei Zhengfu, secretary of the Beibei district committee â€“ was purportedly filmed in 2007 and recently posted to Sina Weibo, a Twitter-like microblog with about 420 million users. It has since been removed. The reporter who leaked the video, Ji Xuguang, also wrote that Lei enriched his brother Lei Zhengkui by handing him a number of high-profile public works contracts. Lei immediately claimed that the sex tape had been Photoshopped, but was sacked after Chongqing authorities confirmed its veracity, according to Xinhua. The Photoshop defence has a precedent. This summer Weibo users posted more than 100 photos of a three-man, two-woman orgy in an Anhui province hotel. The men, who were quickly identified as local Communist officials, also claimed that the images were fake. One eventually confessed; at least two lost their jobs. “Especially for people who are used to telling lies, when they’re put in a situation like this, their first reaction is to tell lies again,” said Li, the sexologist. “If they think there’s a one in a million chance to get away, they will take that chance.”(The Guardian)]]>