UK officials plan to monitor Britons’ online activities by placing surveillance devices on the country’s telecom networks, a Parliamentary report says. The program would keep tabs on which websites were visited as well as who contacted whom. 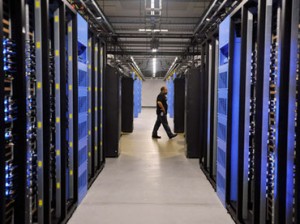 On Tuesday the British Parliament’s Intelligence and Security Committee published the report outlining a massive, national surveillance program based in the country’s very electronic infrastructure. The report does not specify the number of so-called “probes” to be installed across Britain’s telecommunications networks, but says it would be part of a regime stockpiling information on nearly every move Britons make online.

â€œItâ€™s been in the media and on the table of the government since last April and itâ€™s been receiving quite a lot of attention, as you can imagine the people in Great Britain donâ€™t like the thought of the government collecting all of their communications in this way. From their point of view, it goes against the very basis of the democratic institution that is our parliament in Britain,â€ deputy director of Big Brother Watch, Emma Carr, told RT.

The new program will go beyond just keeping tabs on the Brits. If anyone abroad communicates online with someone in the UK then it will allow surveillance of their personal information as well, stretching the programâ€™s geographical reach.

The government says the installation of the probes will be critical in the online fight against terrorism and other crime, and that the content of emails or Skype calls would not necessarily be collected. Instead, they say, the program would keep track of so-called “outside the envelope” informationÂ â€“ such as a message’s origin and recipient. An emailâ€™s contents would be accessible with a court order, though time and date of sending and receipt would be available with the authorization of a senior law enforcement or intelligence officer.

Which online services the probes would monitor were not identified in the report. However, Facebook, Twitter, Hotmail, and Google Chat are all widely used in the UK and are mentioned in other sections of the report.Â

However, people use encryption more and more during communicating with others on the web. It could significantly complicate the life of those, who will be trying to keep track of every word sent or received vie internet, believes Carr.

â€œOne of the things, that came out of the evidence when was being gathered for this bill is that encryption is a very widely used tool by people who communicate via internet. And actually thatâ€™s going to make the kind of inspection of the communications that we have very difficult for the government and the internet service providers, who are going to be asked to gather all of this information,â€ she added.

The report said the surveillance regime would function on deep packet inspection, a monitoring method that lets an individual who intercepts data to search its contents. Though the project is still in draft form, the committee generally rejected critics’ claims that it would constitute an oppressive domestic spying program, saying that without such new security measures, rapidly developing technologies would soon “have a serious impact on the intelligence and security agencies.”

“Under current European data retention laws, deep packet inspection is not only legal, but also widely used by the private sector,” the report notes. “Whilst legislation is not a perfect solution,” it states elsewhere, “we believe it is the best available option.” (RT News)