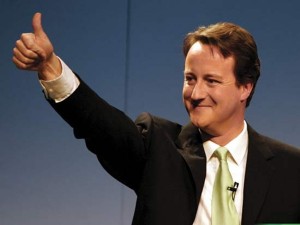 British Prime Minister David Cameron has called that Sri Lanka properly investigates alleged breaches of humanitarian and international law and that those responsible are held to account.

In a message issued on the Global Tamil Forumâ€™s (GTF) 3rdÂ anniversaryÂ conference to be held in London today, Cameron said that his government wants to see lasting peace in Sri Lanka.

â€œFor it to succeed any peace must be based on justice and the rule of law, an inclusive political settlement and reconciliation between all those affected by the war. In particular it is important that Sri Lanka properly investigates alleged breaches of humanitarian and international law and that those responsible are held to account,â€ he said.

He also said that the Tamil Diaspora has made an important contribution to the national life in the UK.

Meanwhile Ed Davey, the British Secretary of State for Energy, in a seperate statement, said that following the terrible events of last months of the war in Sri Lanka, Britain hoped that a credible accountability and reconciliation processes would be put in place to enable long-lasting peace to take root on the island.

â€œThese hopes have not been fulfilled.â€ he said.

He said the United Nations institutions â€“ including bodies mandated by the Secretary-General, international human rights groups and Channel 4 News have all revealed, and continue to expose, evidence that war crimes and crimes against humanity were committed by both sides during the war.

â€œHowever, there has been no credible, domestic investigation into the conflict and the victims and their families â€“ many of whom are Tamils â€“ deserve justice. It is for these reasons that I support the establishment of an independent, international inquiry into the conduct of the war.â€ he said.