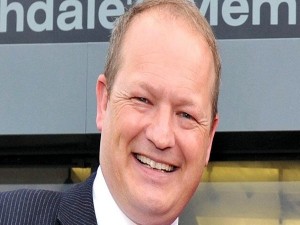 British Member of Parliament Simon Danczuk met Sri Lankan Deputy SpeakerÂ Chandima Weerakkody yesterday and raised concerns over the failure by the SL government to put to trial the suspects in the murder of British nationalÂ Khuram Shaikh.

The British LabourÂ MP, who is on a two day visit to Sri Lanka, also met MP Thilanga Sumathipala as well as members of the oppositionÂ including UNP MP Dayasiri Jayasekera.

Simon Danczuk told the Colombo Gazette that during his meetings today he had pushed for justice over the Tangalle murder of the British national in 2011.

The British MP said he will brief British officials on his return to London regarding the outcome of his visit to Sri Lanka.

He was accompanied byÂ Khuramâ€™s brother, Nasir Shaikh, who has been campaigning for Khuramâ€™s killers to be brought to justice.

Eight men, who are said to have been armed and drunk â€“ and to include a prominent local politician with ties to the government â€“ are accused of attacking him. Stabbed and shot, Khuram died while a female colleague who was with him was assaulted and left badly injured.

Simon Danczuk said thatÂ despite assurances from the government that those responsible for Khuramâ€™sÂ murder would be severely dealt with, so far the suspects have not been charged in court.

The Foreign Office, which has been keeping the Shaikhs informed of developments on the island, is also urging action. It said in a statement last year that â€œThe UK cannot interfere in Sri Lankaâ€™s legal system, but we hope that a trial occurs without any undue delay to bring the perpetrators of this terrible crime to justice.â€