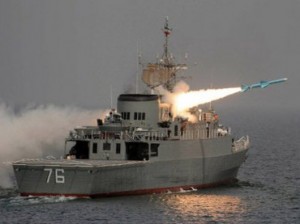 The UN General Assembly is due to vote on what would be the first treaty to regulate the $70bn (Â£46bn) global trade in conventional arms.

The vote comes a week after Iran, North Korea and Syria blocked the treaty’s adoption by consensus.

Supporters of the treaty say it is needed to keep weapons out of the hands of terrorists and organised crime.

The draft is expected to be passed by a majority of the 193-nation assembly.

The treaty would prohibit states from exporting conventional weapons in violation of arms embargoes, or weapons that would be used for acts of genocide, crimes against humanity, war crimes or terrorism.

It would also require states to prevent conventional weapons reaching the black market.

Diplomats have worked for nearly a decade to agree on a set of principles to control the flow of such arms.

Attempts to agree the treaty last year broke down after the US, followed by Russia and China, said they needed more time to consider the issues.

Then, last week, a UN treaty-drafting conference failed to reach consensus after objections from Iran, North Korea and Syria.

Iran said the treaty was full of flaws and loopholes and North Korea said it was unbalanced.

The BBC’s Paul Adams, in Washington, says the Syrian government, which depends on arms imports from Russia and Iran, is clearly worried about its ability to continue fighting its civil war.

The draft was then sent to UN Secretary-General Ban Ki-moon who was asked on behalf of nations backing the treaty to put it to a vote in the General Assembly on Tuesday.

Our correspondent says several other countries still have concerns about the treaty, including Russia, China, India and Pakistan.

However, its backers believe it will easily achieve the simple majority of votes needed to pass the General Assembly, he adds.

After that it will need to be ratified by at least 50 members in order to come into force.

In the US, the biggest pro-gun lobby group, the National Rifle Association, has vowed to fight against ratification by the Senate, although the UN says the treaty does nothing to interfere with domestic firearms legislation.