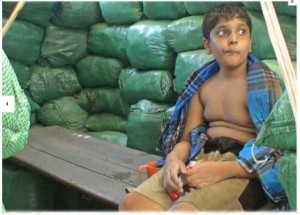 The United Nations Human Rights Council (UNHRC) has refused to stop the screening of the Channel 4 film â€œNo Fire Zone: The Killing Fields of Sri Lankaâ€ organized by Human Rights Watch, Amnesty International and FIFDH to be held at the UN premises in Geneva today.

The President of the UN Human Rights Council Ambassador Remigiusz A. Henczel has however observed that allowing the screening of the video in the premises while the UNHRC is meeting in another room will not reflect an official position of the Council.

He said this in response to a protest lodged by the Permanent Representative of Sri Lanka to the UN Ambassador Ravinatha Aryasinha last Monday, which was followed up with a meeting on Tuesday.

In his letter, President Henczel has observed that â€œthe participation and consultation with the observers of the Human Rights Council, including INGOs, is based on arrangements, including Economic and Social Council (ECOSOC) resolution 1996/31 of 25 July 1996, and practices observed by the Commission on Human Rights (rule 7 of the Councilâ€˜s Rules of Procedure)â€. He further notes that â€œNGOs in consultative status with ECOSOC have the right to organize side eventsâ€, and that â€œa large number of such meetings take place in the margins of the session and they do not reflect an official position of the Councilâ€.

He however adds that â€œthe organizers of side events take full responsibility for the content of their eventsâ€.

Sri Lanka on Monday lodged a formal protest against the screening of the latest Channel 4 film. In his letter addressed to Ambassador Remigiusz Achilles Henczel, President of the Human Rights Council, Ambassador Aryasinha had obsereved that â€œSri Lanka views this film, as well as the timing of its broadcast as part of a cynical, concerted and orchestrated campaign that is strategically driven, and clearly motivated by collateral political considerationsâ€.