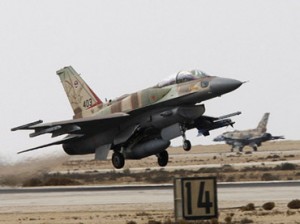 Leon Panetta, the US defence secretary, declared the US focus on the escalating tensions in the oil-rich region would be reinforced by the dispatch of the John Stennis aircraft carrier and its supporting fleet.

The deployment had been brought forward by four months to plug a gap in which the US was to have left Gulf security and responsibility for maintaining the front line against Iran with the Dwight Eisenhower carrier. The announcement came days after the establishment of a floating base for special forces raiding parties in the Gulf.

A Pentagon spokesman was careful not to single out Iran for the rescheduled deployment, stating the fleet would address “wide range of security issues” in the region.

But the hair-trigger atmosphere resulting from the stand-off over Iran’s nuclear programme and retaliatory international sanctions was compounded last night by the killing of the occupant of a motor boat that failed to heed warnings by the crew of a US supply ship.

One man died and several others were injured in Dubai when US sailors used a heavy machine gun to fire on the power boat as its approached in the crowded Jebel Ali port. Local officials later searched the boat and confirmed the death.

President Barack Obama meanwhile has dispatched a bevy of senior officials on an anxiety-soothing mission to the Jewish state.

Hillary Clinton, the US secretary of state, arrived in Jerusalem as the White House confirmed that Tom Donilon, the national security adviser, had made a secret visit of his own over the weekend.

Mrs Clinton has not been to Israel in two years, having previously stated that she would not visit until there was progress to report on the Middle East peace process.

With no signs of a breakthrough, State Department officials claimed that the purpose of her trip was to “exchange impressions” about the impact of the Arab Spring on the Middle East.

With Mr Panetta due to arrive in Israel later this week, there was little doubt that Iran was at the centre of a multi-pronged US diplomatic exercise.

Benjamin Netanyahu, the Israeli prime minister, launched a series of scathing attacks on international efforts to re-engage with Iran over the negotiating table.

With the talks failing to yield even minor concessions from Iran, the United States fears that Israel could make good its threat to launch unilateral military action against Tehran’s nuclear facilities.

By preventing Iranian tankers from docking in most international ports, the measures could lead to as much as a 60 per cent drop in sales of Iranian oil, US officials say.

Mrs Clinton told Shimon Peres, the Israeli president, that the Obama administration remained “committed to building and maintaining a wide coalition to deny Iran the ability to acquire nuclear weapons.”

Mr Peres, who advocates diplomacy over military force, praised Western efforts to step up the pressure on Iran.

“The measures you have taken are beginning to have their impact and they are the right start,” he said.

But Mrs Clinton is likely to have received a cooler reception from Mr Netanyahu and Ehud Barak, the Israeli defence minister, at a dinner last night. Meanwhile, Iran’s vice president, Hassan Mousavi, accused the West of causing a drought that has added to the increasing hardships felt in the country as a result of sanctions.

“I am suspicious about the drought in the southern part of the country,” he told the new head of Iran’s meteorological department.

“The world arrogance and colonists are influencing Iran’s climate conditions using technology. The drought is an acute issue and soft war is completely evident.” (The Telegraph).