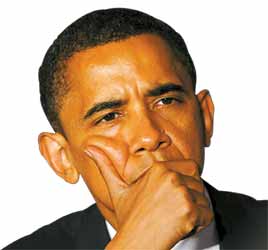 The waivers will be announced Wednesday, according to officials quoted by the news agency, who demanded anonymity because they werenâ€™t authorized to speak publicly on the matter.Â  Banks in China, India, Malaysia, Singapore, South Africa, South Korea, Sri Lanka, Turkey and Taiwan will be exempted from any U.S. penalties.

The Obama administration has introduced a series of new measures over the past week to step up the pressure on Iran over its nuclear program, which Washington suspects is aimed at making weapons but Iran insists is for generating electricity and medical research. Washington hopes the pressure will force Iran to come clean on its nuclear activity so that the U.S. and its allies donâ€™t have to engage in any military intervention to prevent the Islamic republic from obtaining an atomic arsenal.

Washingtonâ€™s most ambitious tactic has involved pressuring countries around the world to cut commercial ties with Tehran or likewise face a series of restrictions on what type of business they can conduct in the United States, the worldâ€™s largest market.