The Munich Security Conference held during the weekend has called for an expanded political and military drive to install puppet governments and seize control of critical natural resources across the Middle East, Central Asia and the African continent. 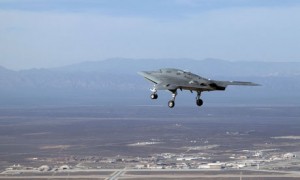 The three-day event billed itself as being “dedicated to exchanging new ideas and promoting peaceful conflict solution, cooperation and dialogue in dealing with today’s and future security challenges” and participated by leading political, military and defense industry representatives of the major powers, along with invited officials from other nations, met to discuss current and future military operations and geo-strategic issues.

In his address to the conference US Vice President Joseph Biden indicated that Syria, Iran and Yemen to Somalia, Mali and the rest of North Africa as countries that have to be brought in line with the interest of US backed countries. He said, â€œThe United States is a Pacific power. And the worldâ€™s greatest military alliance which is NATO helps make us an Atlantic power as well. As our new defense strategy makes clear, we will remain both a Pacific power and an Atlantic power.”

He said due to extremism existing in North Africa and in parts of the Middle East there increasingly porous borders; a broad swath of ungoverned territory; readily available weapons; new governments that lack the capacity and sometimes the will to contend with extremism; a swelling generation of disaffected young people whose futures are stifled by stagnant economies,â€ and added the situation requires a â€œcomprehensive approachâ€”employing a full range of tools at our disposalâ€”including our militaries.â€

Meanwhile, thousands of Germans took to the streets here on yesterday (3rd) against the ongoing Munich Security Conference saying the meeting was a source of war. Protesters from about 80 organizations across Germany met on the Stachus Plaza yesterday afternoon and marched through the downtown area in a peaceful demonstration.