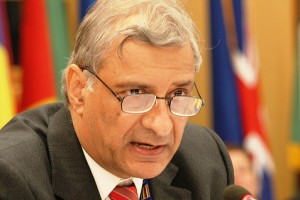 This isÂ  a homegrown roadmap for achieving a multi-ethnic nation at peace with itself.Â  The question for the international community is whether to criticise lack ofÂ  progress from afar in implementing that report or to offer and to make aÂ  practical difference. The Commonwealth has opted for the latter, and the SriÂ  Lankan government even now is identifying the areas where we will help. We areÂ  active in Sri Lanka in advancing Commonwealth values, including human rights,Â  the media, judiciary, and building mutual respect and understanding inÂ  communities.

Our Commonwealth soft power and behind the scenes contributions can often beÂ  at risk of negative judgment in the short term, but our success is invariablyÂ  measured positively in the longer term in the form of real progress. To walkÂ  away and not to stay the course would be to the Commonwealthâ€™s lastingÂ  discredit.