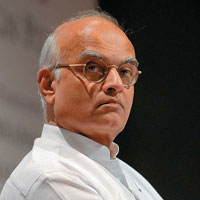 Seeking to revive the talks between the Sri Lankan government and Tamil parties, which have remained stalled for months now, India said on Friday that it will continue to remain engaged with all parties involved and offer any support required for the task. The remark was made by NSA Shivshankar Menon who was in the island nation to take stock of the situation.

Menon was briefed about steps being taken by Sri Lanka on political reconciliation and settlement. “While this is a Sri Lankan issue and something that Sri Lanka has to do, we will continue to remain engaged with all concerned and offer any support required in this regard,” said Menon after his meetings.

Menon said that India has always stood for a united Sri Lanka within which all citizens can live in equality, justice, dignity and self-respect. “We have worked closely with the Lankan government on relief, rehabilitation and resettlement of IDPs,” he said. (Times of India)