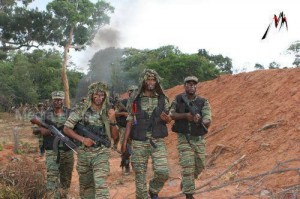 The speech of general secretory of British Tamil Forum

We have gathered here to remember our kith and kin who were massacred in the genocidal war against the Tamil people.

Four years ago, here in London and across the world, we had gathered in large numbers in order to prevent the biggest genocide of the century.Â  We pleaded with the international community to invoke the R2P doctrine to halt the war and save lives.

But they let the Sri Lankan state to massacre more than 100,000 of our peopleÂ  and forced the survivors into the hands of the Sri Lankan state only to be brutally incarcerated.Â  It continues to defy calls to release the details of over 18,000 who either surrendered or were forcefully taken into custody.

Now, as we highlight the plight of our people under the control of this racist oppressive state, instead of seeking a solution for permanent security of our people, all we see is the international community focusing on placating the regime.

Tamils world over, along with many human rights organisations, are calling for an international independent investigation into the massacre and the continuing structural genocide.Â  At a time when call for an International Investigation is getting stronger around the world, the commonwealth is preparing to hold its summit in the blood soaked Island of Sri Lanka and to give the chairmanship for the next two years to Rajapakse who presides over the genocide of Tamil people.Â  This makes a mockery of the recent Commonwealth charter proclaiming its commitment for human rights, democracy, rule of law, good governance, separation of powers and other principles, all of which are blatantly violated by the Sri Lankan state.

It is true that the balance of power in the national conflict between the Tamils and the Sinhalese had tilted in favour of the Sinhala nation, after 2009.Â  This is the cause, for the Sri Lankan state’s unbridled oppressive rule over the Tamil people.Â  It was to counter this imbalance, Tamil people around the world started their democratic, diplomatic activities which have made major impact on the international stage.Â Â  These activities are winning us friends as well as exposing those who are working against the freedom struggle of the Tamil nation.Â  It is absolutely essential that we move with vigilance against these elements which are scheming to divide us and destroy our freedom struggle.

The Sinhala state is moving on the premise that longer it drags on, the Tamil people and their freedom organisations will dissipate and that it through its extensive land grab and Sinhala colonisation programmes could alter the demography of the Tamil land in its favour.Â  We will press for international intervention to conduct a referendum amongst the Tamil people to arrive at a political solution and to halt the on-going genocide.Â  Sri Lanka is waiting in the hope that, in this very slow process the Tamil people will become fatigued and give up.Â  We have to prepare ourselves for a long drawn out freedom struggle.

We cannot and will not relent in our freedom struggle because it is our land.Â Â  Tamil peopleâ€™s security and survival in that island rests on gaining our freedom from the Genocidal Racist Sri Lankan state.

People who want their freedom from an alien oppressive occupier cannot be held down for ever.Â Â  We will garner the strength of our people’s power and take the case of our freedom struggle to all international arenas.Â  Through our campaigns such asÂ  “Boycott Sri Lanka” and “Economic Sanctions “, we will isolate the genocidal Sri Lankan state from the international community.

The support of our brethren in Tamil Nadu and the uprising by the student community are major turning points in our journey.Â  They give us fresh impetus to continue our freedom struggle.

Every Tamil person has a part to play in the freedom struggle.Â  Let us pledge on those lives of our people, that we will play our part and will not flinch until we liberate our land and the people for whom they gave their lives.

The Tamils Yearn for an Independent Tamil Eelam